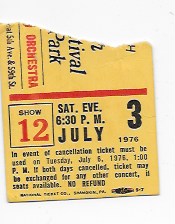 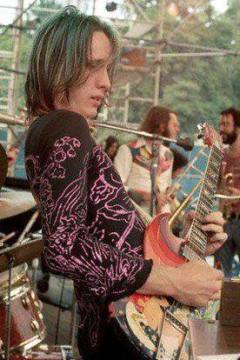 TICKETS TORN IN HALF JULY 3, 1976: Todd Rundgren  (4th time) (UTOPIA) / CHEECH AND CHONG/HALL AND OATES @ Central Park. It was the day before, actually late afternoon before the BIG EVENT, The Bi-Centennial, 1776-1976, the 200th Birthday of our independence and we were celebrating in style. NYC was an epicenter for the event. Huge flags draped across the access bridges to Manhattan. The LI RailRoad was extending hours and trains. People were attired in the Red, White, and Blue, and some on the uptown subway were dressed like UNCLE SAM, one guy even wearing stilts. The harbors were filled with tall ships and naval vessels. Uniforms abound.  So our event was TODD RUNDGREN, a family favorite since 1968 with NAZZ and now Todd was doing his UTOPIA stuff full time now as well as producing HALL and OATES at the same time so H&O stepped in with UTOPIA for a few numbers. The band closed (encore) with THE MOVE’S “Do Ya”. Speaking of numbers ,CHEECH AND CHONG did a full comedy routine which had us in hysterics.All for $2.00