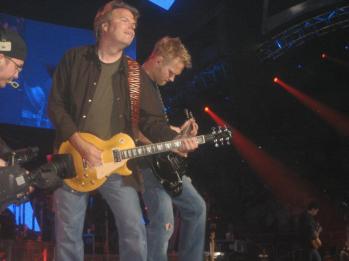 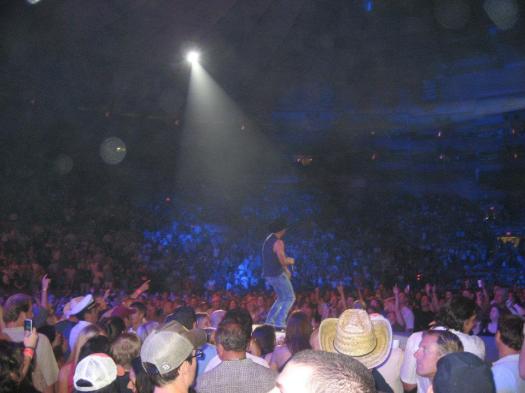 Having satellite radio changed everything. Every conceivable genre of music has its own station or stations. With the device installed on our new car and having a free three month subscription, my bride and I head out on an extended vacation. Needing a change from what I was comfortable listening to, we, (she) settles on one of the four country music stations. After a few days I declare that some of “this country stuff is the new rock”. In the South it, country,is very popular but in New York City, not so much.There was no country stations in NYC, hey, there is only one jazz station albeit with a poor signal no less. But I digress.

So for a spell we are listening almost exclusively to a country station. After our vacation, back north of the Mason Dixon line, I see an ad for KENNY CHESNEY performing at Madison Square Garden. Let alone NYC doesn’t have a country station, NYC rarely (at this time) had country artists performing at the major venues. One had to travel to New Jersey or upstate to the casinos to see BROOKS and DUNN, TOBY KEITH, and the like. So, Kenny at “The World’s Most Famous Arena” with SUGARLAND is a no brainer, I got two decent tickets.

MSG is my home away from home as I am and have been a NY RANGERS hockey fan and season ticket holder since the mid 1980’s. But tonight, this night August 30,2007, the crowd entering the venue was not wearing RANGERS jerseys or rock t-shirts. Tonight, was cowboy boots and hats, western apparel and, for the ladies, Daisy Dukes. PAT GREEN was first and did an excellent job as an opening act. Our seats were first row in our section with excellent sight lines. The big screens did any needed close ups for us and the sound was exceptional.

Next up was SUGARLAND. This band was gaining a decent following and by the response from this NYC crowd, they were huge. Folks were dancing in the aisles, singing along, and raising their glasses to most songs. Some in the crowd, even me, hoped for Jon BONGOVI to join JENNIFER NETTLES in singing “Who Says You Can’t Go Home”. But alas, it didn’t happen, yet SUGARLAND played the tune.

The lights are up, and a long intermission is taking place, my opportunity to grab a few cocktails for me and the bride. When I return with the drinks, my bride has a huge smile on her face. She tells me the story about a young girl with a fist full of paper bracelets in her hand asking my bride if she liked KENNY CHESNEY’s music, to which she nodded. The girl handed her one bracelet and instructed her to go to the “left sand bar” area for Kenny’s set. My wife asked for a bracelet for me and was granted her wish. BINGO, within seconds we headed down the aisles to our new “standing” area in the sandbar. What a treat and what a great show.